When the story of 2020 is written it will look like plywood murals covering hundreds of shop windows and being painted over by artists calling for social justice.

From New York to LA, Minneapolis, Chicago and Indianapolis, artists expressed their emotional responses to a nation in crisis by using the free public space to share their feelings. With museums and galleries closed for COVID-19, their plywood murals became some of the most engaging and visible works of art in America. They provided a real-time artistic response to the police murder of George Floyd, the police murder of Breonna Taylor, the entry of Black Lives Matter into the global mainstream and the country counting on its racist history in a broader sense than ever before.

In June, 24 Indy-based artists were hired to paint murals on the city’s boarded-up shop windows in an immediate response to global protests calling for an end to police brutality. The Murals for Racial Justice project was originally organized by the Arts Council, Indianapolis Cultural Trail Inc., PATTERN, St’ArtUp 317, and cultural entrepreneur Malina Simone Jeffers.

The original plan was to keep the murals on display along the Indianapolis Cultural Trail, but the fragility of the plywood made it unsuitable for long-term outdoor display.

Arts organizations across Indianapolis are working to ensure that these statements do not get lost in history. 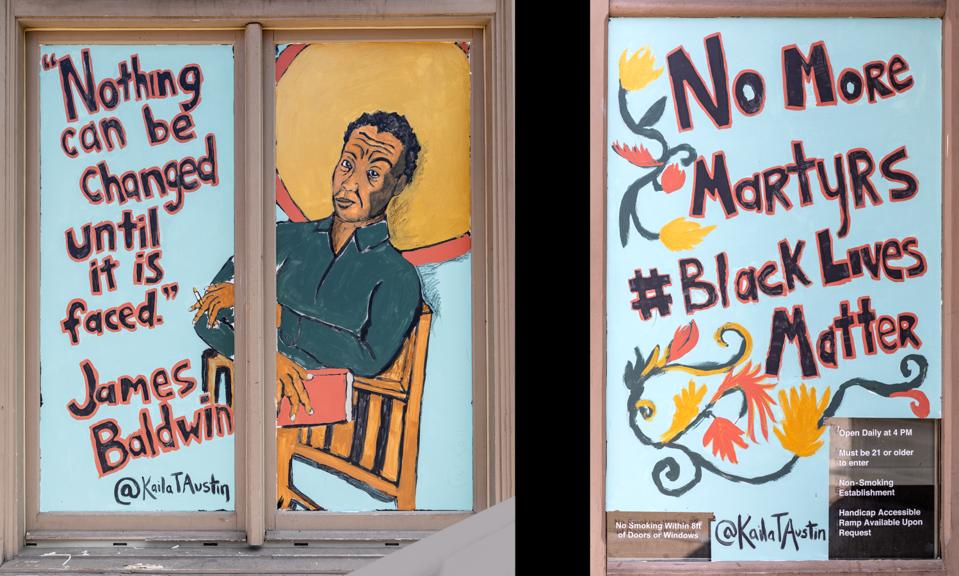 Photographic replicas of more than 20 racial justice murals have been converted into large banners that will be displayed in the Central Library on November 16 in collaboration with the Center for Black Literature and Culture. Individuals and organizations can borrow the 3 x 5 foot vinyl banners free of charge from the Indianapolis Public Library for display at public and private events.

In order to document the historical and artistic significance of the murals, PATTERN produced the high-quality images that are reproduced on the vinyl banners.

“These images helped us see the world differently,” said Danicia Monét, artist, equity practitioner and design researcher who leads the Murals for Racial Justice project. “One of the guiding principles for this initiative was remembrance and education. We want to continue to push for systemic change in our local communities and encourage the public to learn more about why this work of justice and liberation is crucial. “

In addition to plywood murals, another of the most eye-catching, spontaneous artistic displays in decades was from street paintings across the country titled Black Lives Matter.

With “EIGHTEEN: Black Lives Matter”, the Indianapolis Art Center presents the work of 18 local artists who painted a large-format mural on Indiana Avenue in August as part of the movement for racial justice. Each artist took a letter with a hashtag symbol on the front and a fist symbol on the back.

“When I looked at the mural that was being painted on Indiana Avenue, I saw the caliber of the artists’ work – many I didn’t know at the time – on the mural and immediately turned to organizers Mali Jeffers and Alan Bacon about the day introducing this talent collective into the community and presenting it as an individual artist, ”Mark Williams, president and executive director of the Indianapolis Art Center, told Forbes.com.

“Most of these artists didn’t know each other before they got together to create Indy’s Black Lives Matter mural,” said Jeffers, an independent art consultant who represents the 18 artists. “All of them are talented and deserve their own attention. That is why we would like to put them in the spotlight individually through this exhibition.”

“EIGHTEEEN” runs until January 6, 2021 and shows paintings, chalk work and digital design. Some of the artwork in the exhibition is available for sale both in the Art Center and online.

Art institutions struggle to react in real time to capture, curate and interpret the reactions of artists to the various tragedies of 2020. The Whitney Museum of America Art’s botched activist art exhibit is the most visible example.

Williams explained how the Indianapolis Art Center could do this effectively.

“My board of directors and all of our team were ready to act quickly, bypassing some of the usual processes and protocols to respond to a golden opportunity at a very unique time,” said Williams. “We were supported by established partnerships and relationships to draw from, rather than having to look for connections in a moment that really cried out for community.”

Institutions that had not previously dealt with racial equality and social justice, and had not worked with color artists and activists for many years, had been flattened by the artistic creativity of the summer. They could not respond effectively because they had to recognize the problem of systemic racism both within their walls and internally in their communities. They had to find out about the struggle, debate internally whether this was a direction and commitment they were willing to take, and then seek out and introduce the artists and organizers who have been lifting this work hard for years.

“That’s really what we do all the time – we reflect and serve the community around us, we encourage and facilitate the conversations that take place, and we meet people where they are without expectation,” said Williams. “In short, we build community through art, and the community needed us to rise in the moment. So we did it. “ 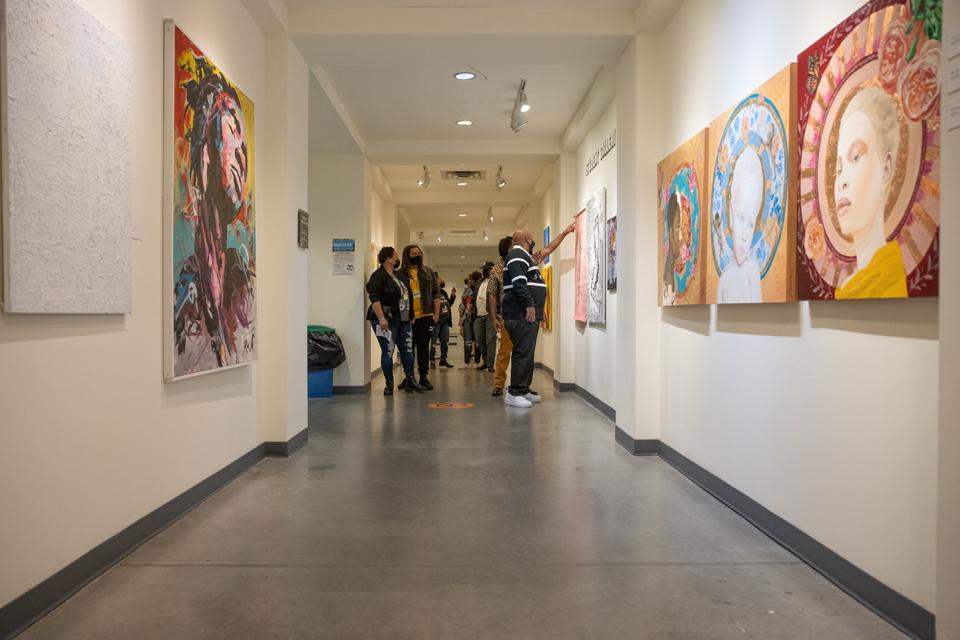 Two murals from downtown were donated to the Indiana State Museum by the company’s owners, Silver in the City and The Flying Cupcake. They will be included in the museum’s permanent collection.

Plans for an upcoming exhibition of these murals as well as works by individual artists who participated in the “Murals for Racial Justice” program are taking shape. Many of the murals are in the personal possession of the artists who created them, and the museum will loan them for display.

“Like so many elements of our society, art institutions must be willing to recognize and remove ingrained barriers to marginalized voices,” he said. “If we have a unique forum as an art institution to address the joys and sorrows of humanity, strengths and weaknesses, and beauty and ugliness, we need to be more concerned with keeping those who have traditionally been denied the opportunity to be heard regularly at this forum and to offer a safe space for expression. In doing so, we can contribute to the pursuit of a more just and inclusive society. If we don’t, we just won’t serve our purpose. “

The Indians of Indianapolis were able to greet fans with a capacity of 25%...

Indianapolis Burger Week features $ 6 worth of burgers at 18 restaurants