INDIANAPOLIS – Brothers Leo and James Yuckner had no ordinary industrial office building in mind when they built the Coca-Cola bottling plant along Massachusetts Avenue in the early 20th century.

They hired a local architecture firm to decorate the factory in the Art Deco style that was popular at the time. A “tasting room” with large glass windows showed the filling conveyor belt for passers-by.

The hotel right in the heart of the city center pays homage to its beginnings as a Coca-Cola bottling plant.

The guests check in in the lobby, which stands on the original terrazzo tiles in the former tasting room. You will look out of large glass windows – the same ones that showed the plant’s machines.

The room doors are bright and in Coca-Cola red.

However, success is not a guarantee. It is a difficult time to open or even operate a hotel – the occupancy of hotels in the statistical metropolitan region has fallen by 23.7% since the beginning of the year, according to monthly data from the hospitality benchmarking company STR.

Nevertheless, General Manager Amy Isbell-Williams relies on visitors even in the middle of a difficult year.

“There’s a lot going on at Staycation right now,” she said. “And those who are out and about are really looking for something to experience.”

If checking into the historically preserved lobby isn’t enough, climbing the spiral staircase to the back may be enough. From the 1930s onwards, visitors checked into the Yuckners secretary, who was standing under an ornate ceiling with decorative circles – a nod to the effervescence of Coca-Cola.

The hotel is just a convenience of the $ 300 million mixed-use Bottleworks District, which opens a 38,000-square-foot grocery store called The Garage on Jan.

The Coca-Cola bottling plant founded by the Yuncker family developed into the largest bottling plant in the world with 260 employees and produced over 2 million bottles of soda per week.

Indianapolis Motor Speedway owner Tony Hulman bought the Coca-Cola franchise in 1964, moved the bottling operations to the speedway, and used the building to store his classic car collection.

The Indianapolis Public Schools bought the building four years later and used it as a central kitchen, bus service center, and woodworking studio.

Hendricks Commercial Properties took ownership to begin work on the Bottleworks District in 2017.

The five most expensive so-called priest suites have a white tub on a white marble floor, rooms that Isbell-Williams calls “rough diamonds”.

Other rooms have breathed new life into former administration offices, in which the bed is in the middle of the room with a view of the historically preserved windows.

Geromino Hospitality Group, which owns and operates the hotel and The Garage, tried to keep the building’s historic features wherever possible. A local ceramic artist replaced over 200 tiles and replicated the originals – including those with fading colors stained from smoking, which was common indoors at the time.

In the middle of the meeting rooms on the second floor is the mysterious “laboratory” which once housed huge trash cans – probably filled with a formula, as Isbell-Williams notes – and metal chutes in which bottle caps were dropped into the basement.

“We will only use this room as a pre-function room,” she said. “Put your coffee stations out there when you have the events in the other meeting rooms – maybe a cocktail hour.”

The hotel with 139 rooms only opened on the second floor, while the rooms on the third floor are still ready. Hotel tenants include Sundry & Vice, a Cincinnati cocktail lounge, and Blue Collar Coffee.

The Bottleworks District will also feature Living Room Theaters, an eight-screen theater showing local films, and the Pins Mechanical bowling alley – both of which will open later this winter.

The second phase of the district, which includes 60 residential units, will open in 2022.

This is the lobby at the Bottleworks Hotel in Indianapolis. Original terrazzo floors, wall tiles and Art Deco structures can be seen here. (Courtesy photo) 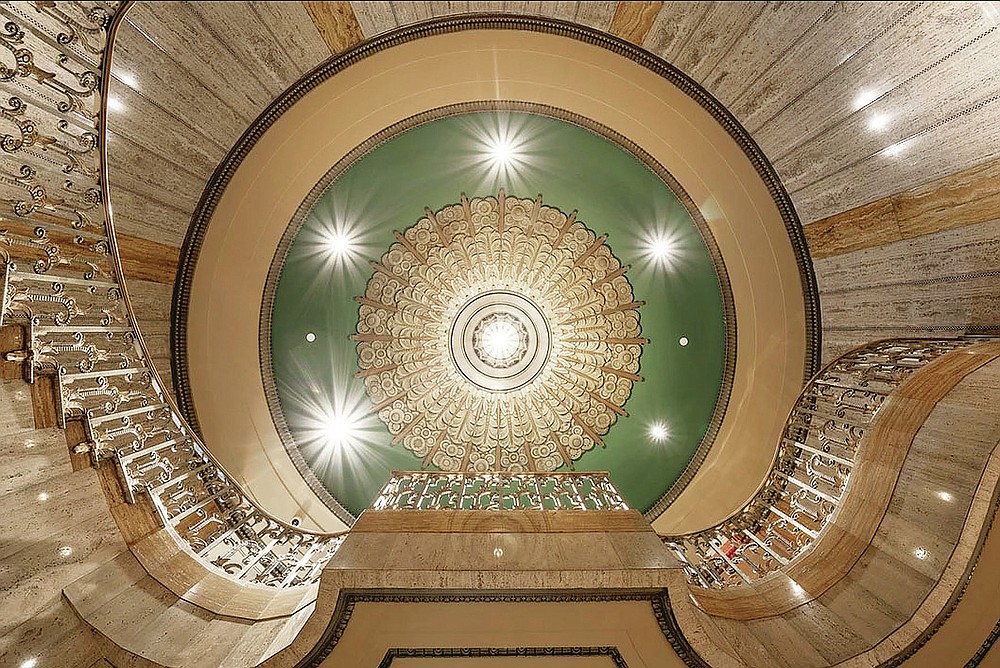 Art Deco motifs can be seen in a spiral staircase at the Bottleworks Hotel in Indianapolis. (Courtesy photo) 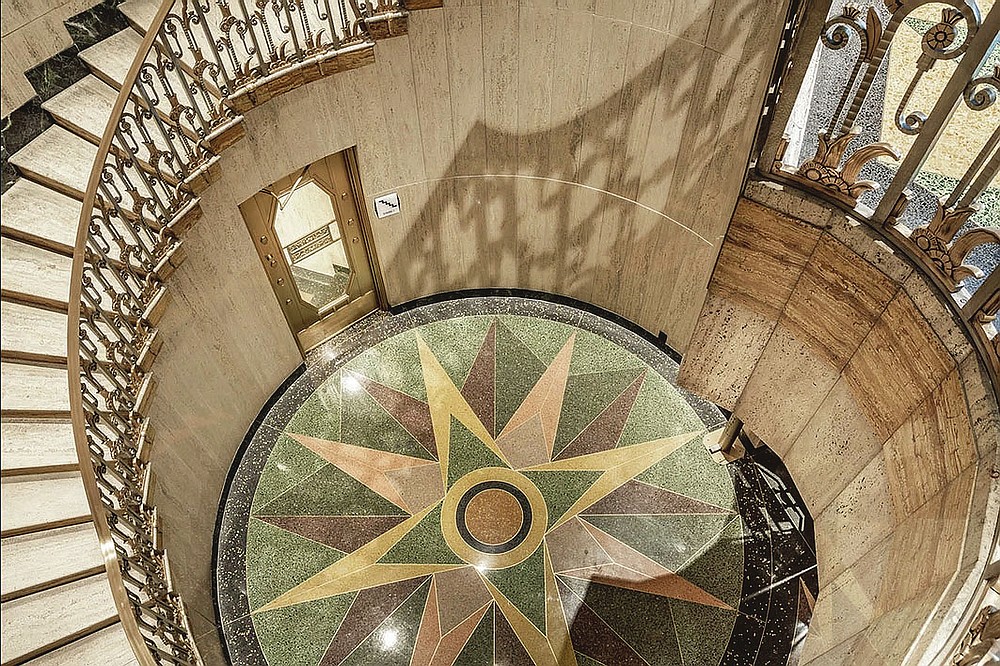 Art Deco motifs can be seen in a spiral staircase in the Bottleworks Hotel. This is a view from the second floor to the first floor. (Courtesy photo) 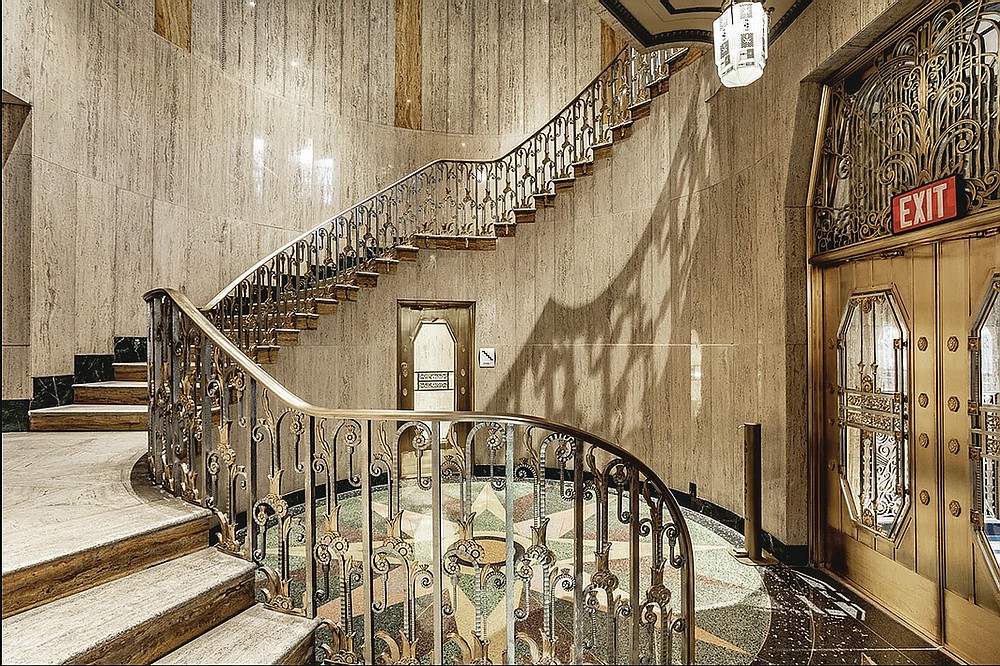 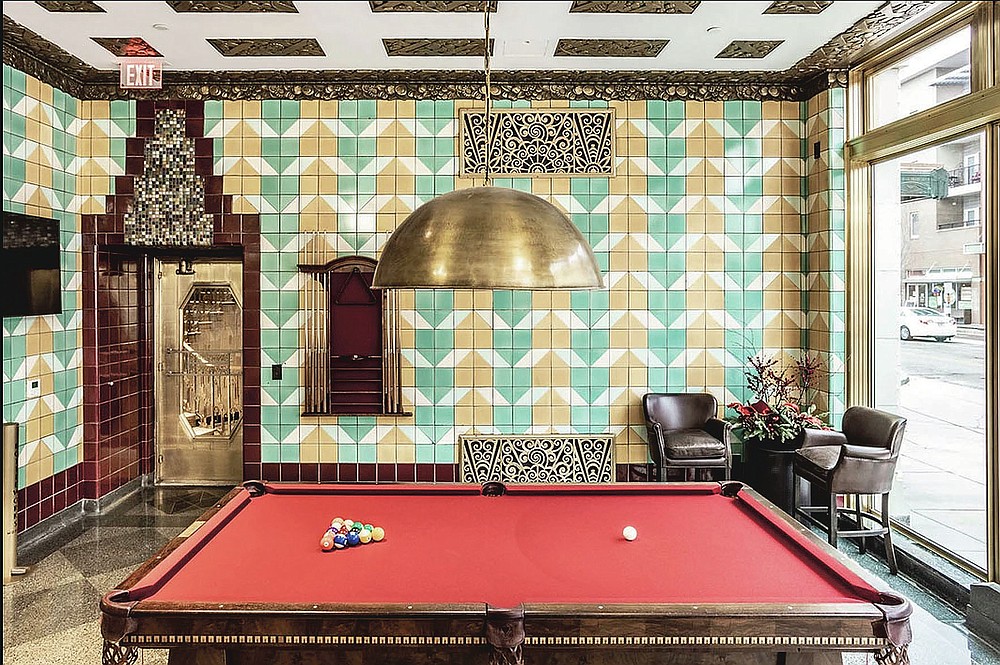 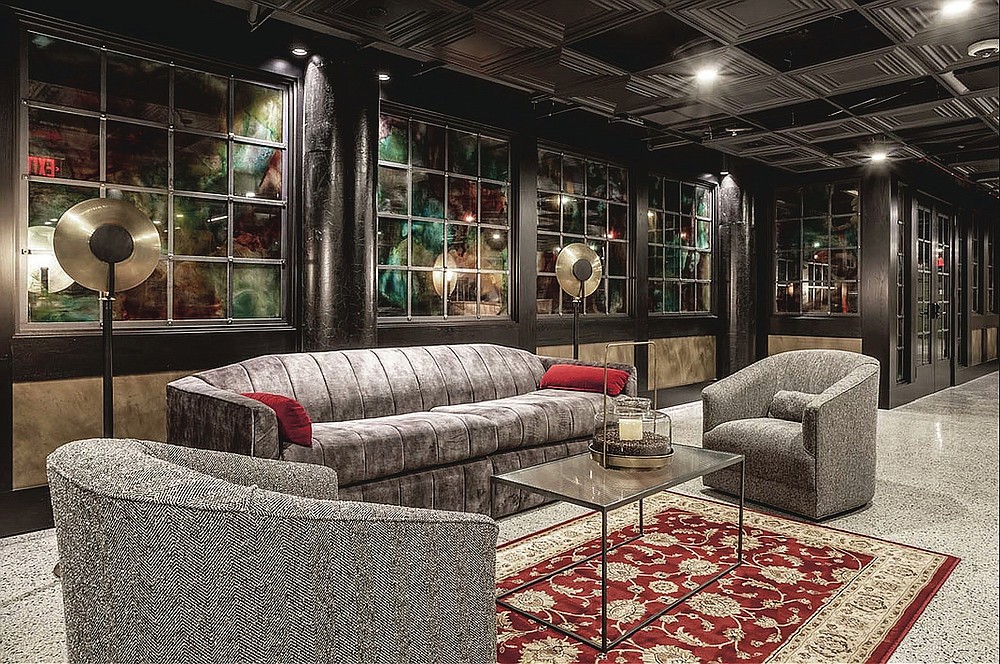 The hotel is just one amenity of the $ 300 million mixed-use Bottleworks District, which opens a 38,000-square-foot grocery store called The Garage on January 5th. (Courtesy photo) 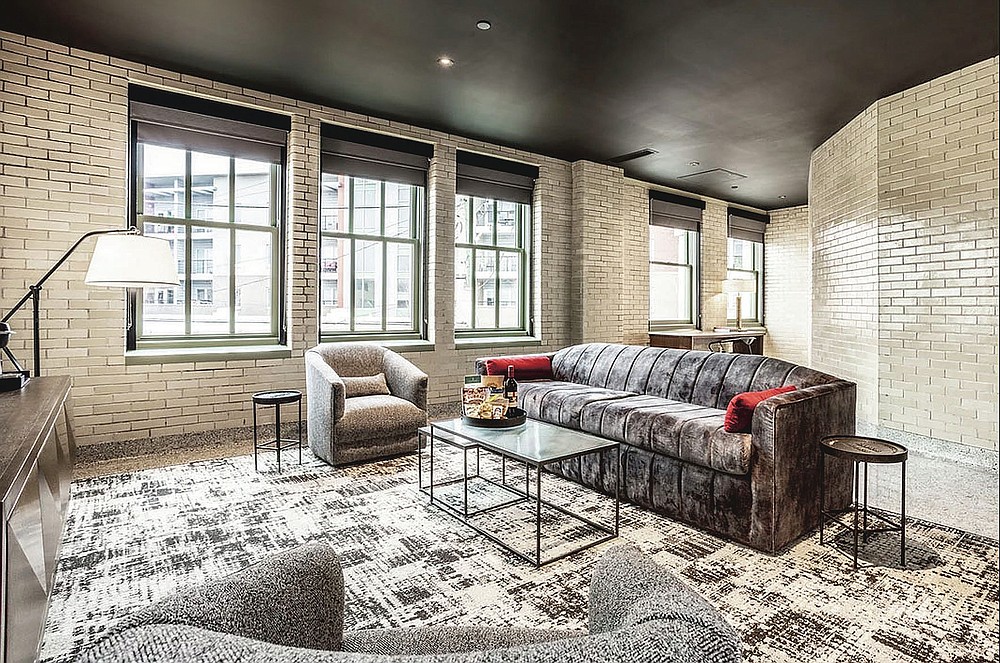 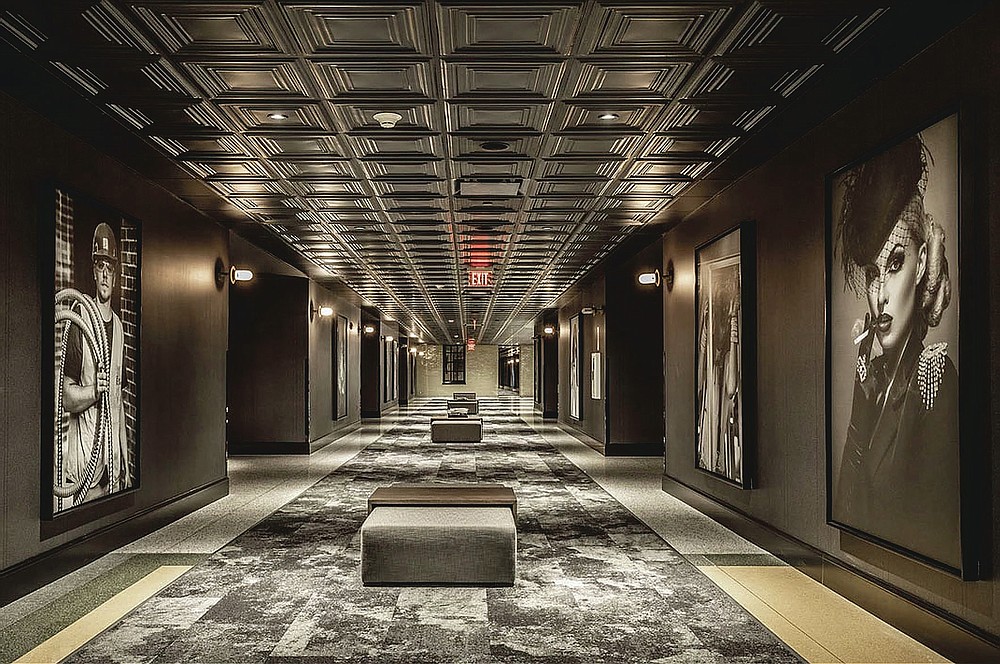 Huge portraits line the main hallway in front of the guest rooms at the Bottleworks Hotel in Indianapolis. (Courtesy photo) 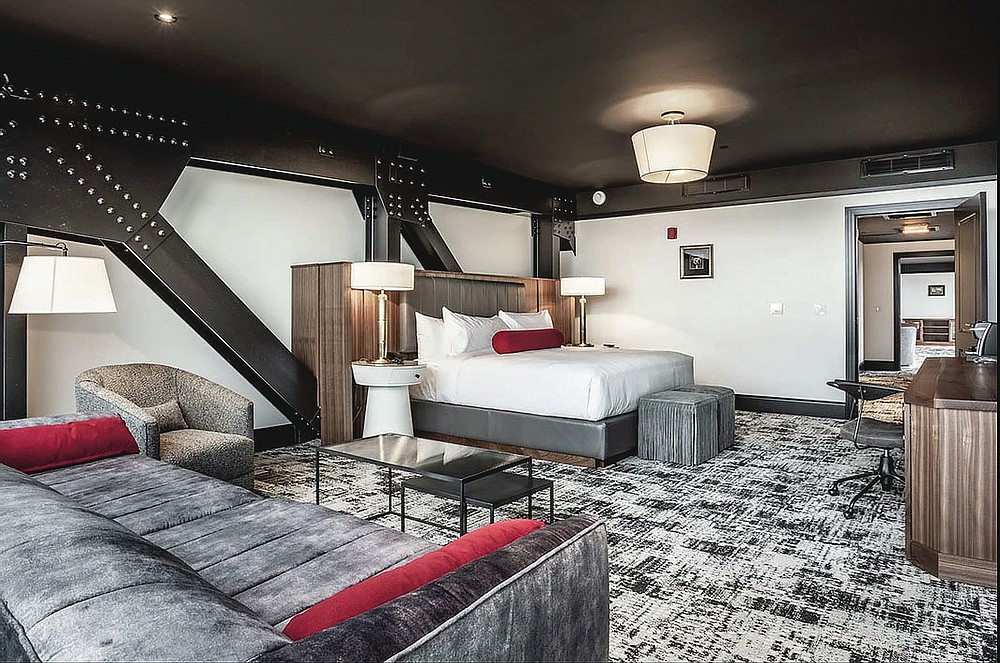 This is a bedroom in a suite at the Bottleworks Hotel in Indianapolis. The 139-room boutique hotel is located on the top two floors of the administration building of the historic former Coca-Cola bottling plant. (Courtesy photo)

Vandals came to the park just days before the opening – WISH-TV | ...

The NCAA men’s basketball teams are on the verge of convergence in Indianapolis: NPR