INDIANAPOLIS – People from across the country will be visiting Indianapolis to engage with their favorite teams, including fans of the Michigan Wolverines and Michigan State Spartan, in the 2021 NCAA Men’s Basketball Tournament, which begins March 18.

Indy was recently named one of the Most Underrated Food Cities in America by Condé Nast Traveler. According to VisitIndy, there are 25 of the best restaurants in Indy here. Locals were asked to vote for 25 locally owned restaurants that best represent the city.

St. Elmo’s Steakhouse: Located at 127 Illinois Street, this is the oldest steakhouse in Indianapolis in its original location. A downtown staple since 1902, this place is known for its prawn cocktail, including its fiery prawn cocktail, which Travel Channel’s Ray Lampe describes as “the world’s spiciest dish.”

Bazbeaux Pizza: With three locations including one downtown, this place has all kinds of pizzas to choose from, from traditional toppings like hot peppers, sausage, green peppers, and black olives to exotic toppings like Cajun chicken, Cajun shrimp, avocado and eggplant. The pizzas are made with a mixture of provolone and mozzarella cheese and homemade tomato sauce.

Yats: With multiple locations, this place is known for its quick cajun and creole food, including lobster etouffee and gumbo.

Shapiro’s Deli: Located on 808 S Meridian Street, this place has been a staple in India since 1905. All of your traditional Jewish delicatessen favorites include a variety of soups and sandwiches such as corned beef, pastrami on rye, matzo ball soup, and apricot Regelach.

Cafe Patachou: With five locations open for breakfast and lunch, this place is known for its farm-to-table menu. Locals rave about the vegan Cuban breakfast and the patachou chicken salad. This place also has a great variety of omelets and also serves soups, coffee, cocktails and homemade baked goods. 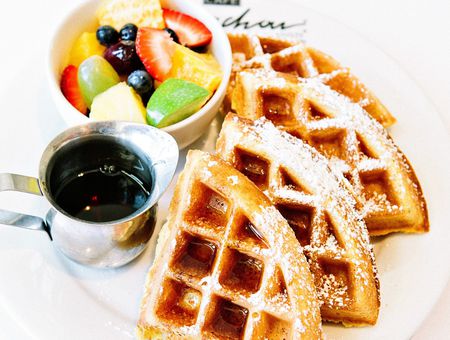 Waffles from Cafe Patachou in Indianapolis. (Courtesy Photo of VisitIndy.com)

Bru Burger Bar: Located on 10 Massachusetts Avenue, this location is the place to go for burgers, fries, shakes, and salads. There are also a variety of local craft beers to try. This restaurant is also known for its BBQ nachos.

Paintwork: This Latin-inspired restaurant is located on 720 N College Avenue and used to be a horse stable. Various empanadas and ensaladas are on the menu. The locals enjoy the paella along with the rock steak with chipotle dry rub and chipotle butter. There are also dozen of tequilas to choose from. 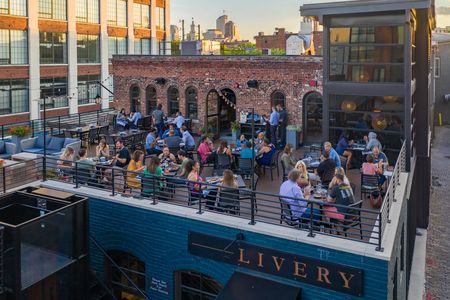 The Rathskeller: 401 E Michigan Street serves authentic German food such as pork schnitzel, sauerbraten, and roulades. There are also dozen of German beers on tap.

Harry and Izzy’s: Located at 153 South Illinois Street, this steakhouse also serves a variety of pizzas and seafood entrees. You can also try one of hundreds of bottles of wine from around the world.

Blubeard: Located on 653 Virginia Avenue in Indy’s oldest neighborhood in a renovated warehouse built in 1924, this place offers a daily menu of lemon spaghetti, roasted cauliflower, and pierogis. It also serves oysters, salads, meatloaf, and pizza.

Rick’s Cafe Boatyard: Located on the 4050 Dandy Trail on the banks of Eagle Creek Reservoir, this place is known for serving fresh seafood, steaks, pasta, and craft cocktails. It’s also a great place to catch the Indy sunset. 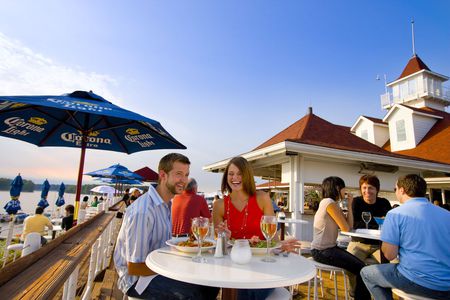 Goose the Market: Located on 2503 N Delaware Street, this restaurant is also a grocery store and butcher shop known for their stacked sausage boards with thinly sliced ​​meetings and cheese. There are also sandwiches, fresh fish, local craft beers, and ice cream.

Milktooth: This place at 534 Virginia Avenue was once named one of the best restaurants in the world by Conde Nast Traveler. The restaurant in the garage is open for breakfast and brunch and serves dishes like French toast with chocolate babka, Dutch baby with local apples, cinnamon and whipped ricotta, and smoked turkey matzo ball soup. 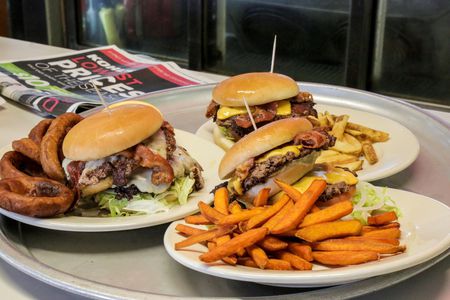 A variety of burgers from the Workingman’s Friend Restaurant in Indianapolis. (Courtesy Photo of VisitIndy.com)

Caplinger’s Fresh Catch: This family-run restaurant on 7460 Shadeland Avenue has been an Indy seafood staple for more than 125 years. It’s known for its selection of grilled and fried fish sandwiches, as well as calamari, scallops, squid, and lobster.

The Tamale Place: Located at 5226 Rockville Road, this place is known for its variety of tamales, including slow-cooked chicken, beef, pork, and vegetables.

Napolese Pizza: On 114 E 49th Street, the locals rave about their double-chopped house salad next to the pizza. 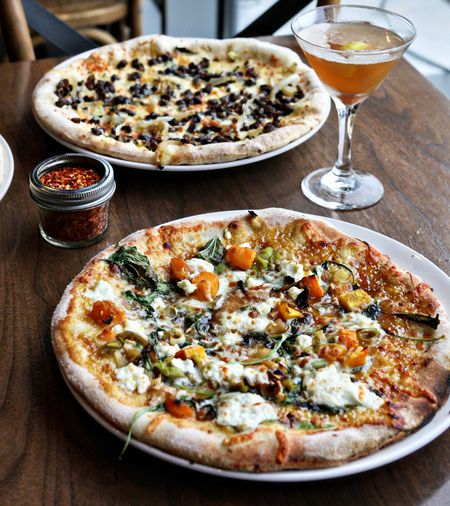 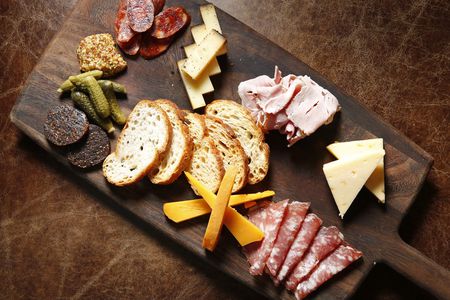 Big Lug Canteen: Located at 1435 E 86th Street, this place is known for its classic dishes with a twist. Try the cauliflower wings, the train and stollen poutine, or the Nashville hot chicken sandwich. There are also a number of local beers available.

Mug-n-Bun: Located on 5211 W 10th Street, this drive-in eatery is known for its huge fillets as well as its hand-dipped onion rings. Don’t forget to try the homemade root beer or treat yourself to a milkshake.

Albert is inducted into the Indianapolis Bar Association’s Leader Seriespolis

5 issues realized from the 2020 Indianapolis Colts Week 16 loss to the Pittsburgh...

The most effective Indianapolis foods and drinks occasions in August